Results of the Zero Labs experiment and next steps 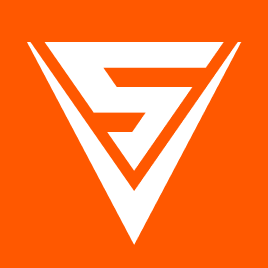 On June 15, 2022, Zero, a decentralized stablecoin borrowing protocol, launched on Rootstock. After months of work by Sovryn contributors, Zero was the second product from Sovryn Labs to make it to mainnet. The Zero developers decided early on that due to the experimental nature of Zero, it would be prudent to launch through Sovryn Labs. This would signal that while the smart contracts were considered safe enough for use on mainnet, it was possible that the protocol may change drastically or even be wound down in favor of prioritizing work on other projects in the Sovryn ecosystem. To that end, access to the Zero frontend was restricted to “invite-only” access during the protocol’s time in Sovryn Labs. The Zero frontend is still invite-only at the time of writing.

Despite these limitations, Zero has seen steady growth since launch, even as the wider crypto economy has been contracting.

As of the date of publishing, 580 RBTC is currently locked as collateral and 5.32 million ZUSD is currently being borrowed from the Zero protocol, resulting in a total collateral ratio of 181%. This means that currently every 1 ZUSD in circulation is backed by 1.81 USD worth of RBTC. It also means that Zero makes up nearly half of the total value locked in Sovryn protocols (excluding staked SOV). And Zero has achieved this without any kind of artificial incentives or subsidies for using the protocol.

After observing Zero’s steady and organic growth, the Zero developers have decided that it is time for the protocol to graduate from Sovryn Labs and be released to the general public. Sovryn contributors are now working on a new frontend user interface based on the feedback received by early Zero users, as well as building on learnings from working on the Sovryn Alpha frontend and other Sovryn Labs projects such as Sovryn Perpetuals. Users can expect a significant step up in terms of ease of use and integration with other parts of the Sovryn and broader Rootstock ecosystems.

A highly anticipated feature that will be available with the launch of the new frontend will be a native integration with the Mynt protocol. Mynt is an aggregator of BTC-backed stablecoins, starting with Zero’s ZUSD and Money On Chain’s DOC stablecoins. For every 1 ZUSD or 1 DOC deposited into the Mynt aggregator, the depositor receives 1 Sovryn Dollar (DLLR), which is redeemable for the underlying ZUSD or DOC on a 1:1 basis. By aggregating multiple different BTC-backed stablecoins, each with their own issuance and stability mechanisms, DLLR has the potential to be more resilient, stable, and scalable than any of the underlying stablecoins on their own.

The Mynt integration in the new frontend will enable users to open Zero lines of credit, borrow or repay their debt, and deposit funds to or withdraw funds from the stability pool using DLLR. Zero users will still have the option of handling ZUSD directly, but it is expected that DLLR will become the primary stablecoin in the Sovryn ecosystem (and if the Sovryn community is successful, the rest of the economy as well) so by default users will be borrowing and holding DLLR.

Mynt is currently on testnet and will be launching on mainnet at the same time as the new frontend. We will have more to share about Mynt, Zero, and the new frontend as we get closer to launch. Stay tuned!