Sovryn Voices: How ‘Dev-tective’ Julio Moros Uses Bitcoin as a Lifeline in Venezuela 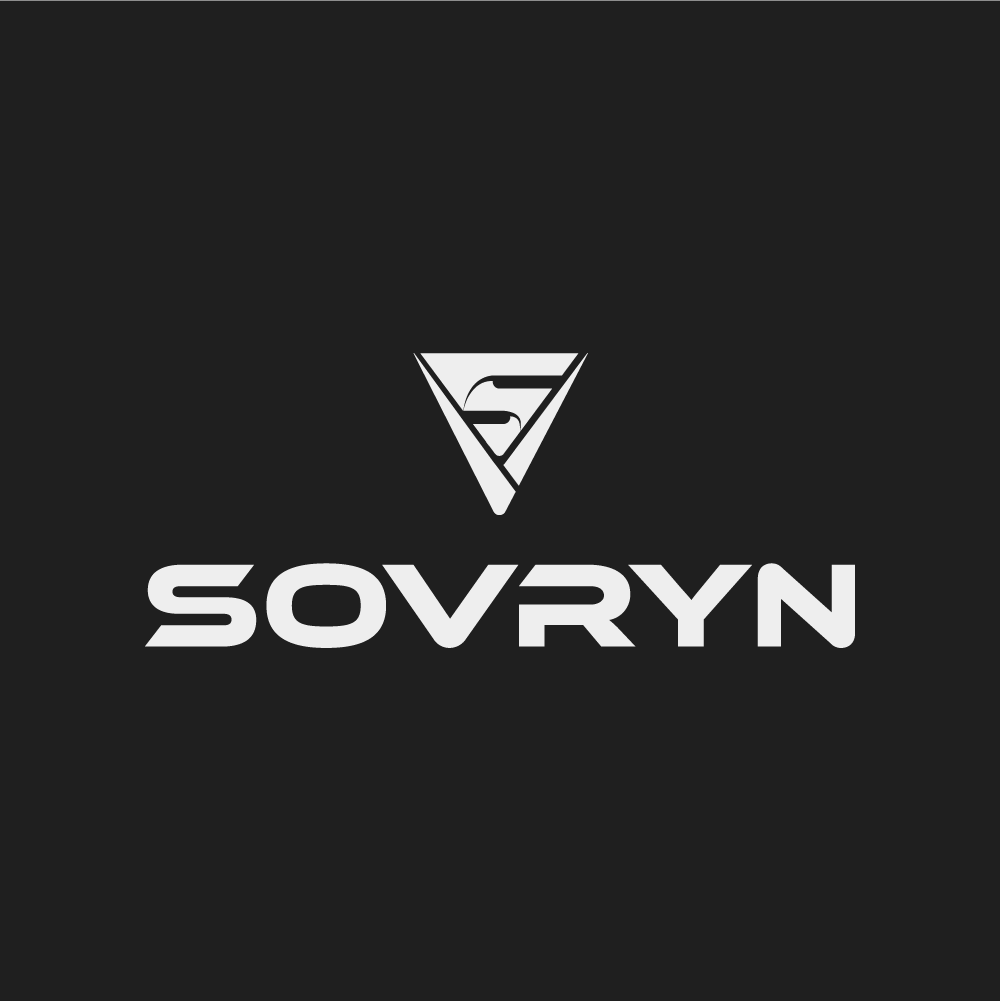 “...you find yourself in a situation where, even with a professional job, you cannot earn enough to cover the subsistence line. Then you have two options: run away from the country on your bare feet through the Andes mountains, or migrate to another economic system without leaving the country… The true value of Bitcoin is backed and sustained by the value of the lives it is capable of saving. That has been the lesson that Bitcoin has left me, in my experience.”

Sovryn has many fascinating folks who are involved with the protocol. Julio Moros, aka @juliomoros, is a Dev-Tective at Sovryn. He lives in Caracas, Venezuela and states that “Bitcoin is a lifeline” for many people in his country. What makes a Latin American Sovrynaut tick? How does Bitcoin act as a survival asset in Venezuela? Read on to find out.

Julio, can you give us a high-level introduction to your background and what led you to join Sovryn?

I'm an electrical engineer. I got my degree in 1995, 27 years ago. Since 2012, I got interested in the monetary riddle… why is it so hard to maintain financial success? So I started to investigate the subject.  The economy of my country, Venezuela, has been compromised since then, and working as an engineer was not profitable any longer. As of today, nobody can even eat working as an engineer!

So, I became a merchant, with several kinds of products, from coffee to Bitcoin trading. I discovered that if it weren't for Bitcoin, many more people would have starved to death in my country, literally.

After the pandemic, the situation worsened, and I found myself without any capital. In 2018, I started learning Bash and Solidity in order to create financial solutions with the new blockchain technology. I obtained a job offer with Sovryn back in September 2020, which I seized. Since then, it has been a true adventure in the path to change the world, one line of code at time.

What is your role at Sovryn in a nutshell?

I am a Core Dev in the ‘Chaos Order’, where we focus on the development and maintenance of smart contract code. I also am an English to Spanish content translator, and community manager.

In my early days in Sovryn, I started doing a lot of things, because my background in coding was quite limited. However, I helped a little bit in auditory and bug detection. Also doing some reports. Besides that, I started translating all of Sovryn’s blog posts into Spanish. I also helped in the search for talent, helping to find illustrators and some devs with expertise in UX.

Understanding Sovryn's products was a real challenge, with more than 11 thousand lines of code at that time. So I took my time, little by little, understanding what our code did and how. As soon as I started to understand the basic details, I started to assist users with issues with our platform… Before I knew it, I had become a community manager, not by assignment, but by doing.

Before I started to deeply understand our basic protocol, the Bitocracy platform was already in the oven, and there were many new things to understand. I remember that I helped with finding the best way to launch a new token, the SOV. Also, I helped with the search for all the tools RSK was lacking but we were needing, and Yago wanted to make Sovryn the swiss army knife of financial tools for RSK.

Since then, many projects have started, today we have BabelFish as Sovryn's sister protocol, and the Perp Swaps protocol was something that was planned since those days. Although, many others were left aside when we saw that the tech needed to mature a little further, such as the adoption of the threshold network protocol (T-BTC) and layer 2 based on zk technology.

Sovryn has been for me, a true school. I have been learning new things every day. Never before have I had the opportunity to work alongside so many talented and smart people. At Sovryn, only the most skilled are our leaders, and I feel a sense of confidence that we are here really building something important, that will transcend ourselves.

Which projects are you currently working on?

As a Core Dev, I am responsible for the research of technical documentation, the verification of deployed contracts, and help with the resolution of bugs. Both in the development process and for finished products.

Tell us about living in Caracas, Venezuela and how Bitcoin (and even crypto) is a lifeline for people in your region. ‍

In 2002, Venezuelans were banned from buying or selling any foreign currency. My country experienced the most draconian monetary embargo of all its history. The purpose of these political actions, besides fooling the naive people, was to destroy the country’s industrial base, and all merchant business.

So, you find yourself in a situation where, even with a professional job, you cannot earn enough to cover the subsistence line. Then you have two options: run away from the country on your bare feet through the Andes mountains, or migrate to another economic system without leaving the country. I chose the second one… an option that was only available thanks to bitcoin.

Let me explain myself a little bit. Our economy was destroyed by arbitrary expropriation of industries, businesses, estates, the destruction of our commerce by prohibiting and criminalizing the use of dollars to the point that nothing was produced here anymore. There were few businesses remaining that were capable of offering salaries above the subsistence line.

In those days, carrying dollars in your wallet was equivalent to transporting narcotics. If the authorities caught you, they took them away from you. If you were caught offering foregn currency for sale/purchase you could be arrested for a long time.

So it wasn't illegal. Let me explain it better: you could not receive money from outside, because the dollar they sent you was exchanged at the "official rate" that was 100 times below the real rate of the illegal and "criminal" black market. Receiving a remittance was equivalent to receiving nothing from abroad.

Hyperinflation in Venezuela, a consequence of the destruction of our entire industrial and commercial economy, made it impossible to use money to eat. This situation led many people to flee on foot through the Andes mountain range, with what they were carrying. Many people literally starved to death, whether fleeing or by staying here with nothing to eat.

Now, how did a professional make his living with his work? You needed to be hired from outside! But how was one going to get paid if all the traditional ways were blocked? The only solution for many was to flee the country, in an international scenario where, due to the massive migration of Venezuelans, the doors were beginning to close on us.

It was a trap. And if it hadn't been for the ability to buy and store Bitcoin, I would have had to flee and leave everything behind. Or starve. Since it was not entirely illegal, there was one or another centralized platform to buy Bitcoin. But I never trusted centralized platforms. In 2015, I met Localbitcoins and discovered that it was a very important market. Many Venezuelans traded there. And back then, Localbitcoins didn't do KYC. Besides, it was the only bitcoin platform without a single hacking by then.

The growth in the adoption of crypto assets exploded in Venezuela in 2018. We were the third most active country in the world in the trade of this industry. And then the bans around this topic started. First, they imprisoned individuals who were caught mining. Then, they (the government or the banks themselves) began to require banks to track if you entered their URL from abroad, to ban you. The Localbitcoins scams began to make each trade more difficult every day.

Then, surprisingly, in 2019, Nicolas Maduro, after a 7-year rant about the "criminal dollar" and the "economic war" (which lived in his imagination), announced to the media: "thank God that the dollar exists ". This was after over 6 million Venezuelans had fled the country, and thousands had suffered from malnutrition and starvation. Would the crypto asset industry have had anything to do with that? I am sure, yes.

However, despite the fact that the opening of the currencies has relaxed the pressure in the famine that we have been experiencing, few things have changed for the common Venezuelan: it is still difficult to get a job (even as a professional) that pays more than $100 a month. During the beginning of the pandemic I had great economic difficulties, and thanks to getting translation jobs abroad paid in Bitcoin, and finally getting a job at Sovryn, I have been able to move on.

Lots of people make a living from trading crypto assets, and they know that they live every day under the risk of having their bank account closed or the authorities coming to their doorsteps. Mainly, the market has been replaced by Binance and because the dollar is now legal, platforms without KYC and without dollars as a trading asset (such as Localcryptos) have an extremely small market.

It is a monetary battle that is happening right under our noses every day and it is happening globally. The vast majority of Venezuelans are unaware of the existence of Bitcoin and the possibilities it offers them. They continue to live well below the subsistence line. Simply: the dollar is easier to understand, and you can touch it.

But we can be sure of something. For me, Bitcoin is not a speculative investment asset. It is if you are going to buy it and leave it in a custody platform. In my opinion, the real Bitcoin was made to bypass financial bans that starve thousands of people daily, and help capable and productive people who have simply forcibly taken away all their financial rights. The true value of Bitcoin is backed and sustained by the value of the lives it is capable of saving. That has been the lesson that Bitcoin has left me, in my experience.

Wow, that’s quite the story! We are very glad that Bitcoin and Sovryn have assisted you during tough times in Venezuela. ‍Aside from Bitcoin and helping the world become more sovereign, what else do you get up to in your free time?

I think free time is a luxury these days… hahaha… I try to keep healthy by walking everyday, and relax myself some weekends by watching some tv series. But most of my free time I read and learn more and more about coding, about bitcoin and DeFi.