The B-Team: When no one else can help 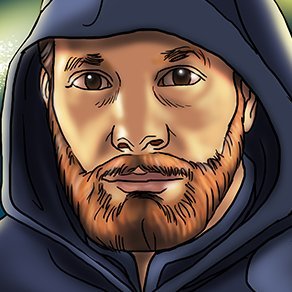 Brought to you by Yago

Two months ago, as Putin’s forces invaded Ukraine, they also attacked Sovryn. Sovryn has contributors and community members from around the world. This includes Ukraine and Russia. These contributors, their homes and their families have come under assault. Even those not in immediate danger have had their freedoms taken from them. Their freedom of travel, their freedom to transact, their freedom from violence - all attacked.

In the weeks leading up to the war, we started reaching out to core contributors and community members. We wanted to make sure they were prepared for the potential danger ahead and offer assistance. I’m proud to say that Sovryn was able to assist some to get out of danger before war broke out.

However, Russia’s invasion and the subsequent reactions by Ukraine and other world powers trapped many others, their families and their children. Some, in Ukraine, found themselves in an active war zone. Others, elsewhere, found themselves unable to leave their countries. In the areas of Kharkiv and Kiev, Sovryns found themselves under bombardment, with dwindling supplies and fuel. Getting to safety suddenly became a difficult and dangerous affair - military checkpoints, damaged roads, traffic jams of refugees, active combat and the fog of war descended. There was also the risk of losing internet access and even the ability for contact with the outside world.

Sovryn has a number of core and community members who have experience with humanitarian and military operations. We set up an ad hoc team and began examining options for extraction.

At first, we turned to the typical agencies for such situations - governments and NGOs - but one after another, they told us that “there is nothing that can be done” and that it was “impossible” to extract people from many parts of Ukraine, and Ukrainian men from any part of the country.

Yet those of us who have some experience with active war zones and the dangers they pose, knew that no matter how desperate a situation, there is no such thing as “impossible”. The “impossible” can be beaten by ordinary people with extraordinary courage and determination. So we went to work.

During the first month of the fighting, Sovryn undertook unconventional efforts to extract trapped Sovryns. During the course of our efforts we contacted a mercenary outfit that specializes in hostage rescue, worked with unofficial groups transporting medical supplies, found we could bribe a network of liquor smugglers on the Romanian border and more.

Through our efforts and their own, Sovryns managed to get to safety. The final and most difficult challenge was to help families get out of Ukraine. The borders were, and remain, closed to men under the age of 60.

After examining many options, we finally managed to put together a plan which we were confident could be executed safely and successfully. For obvious reasons, I can’t go into too much detail. However, we were able to find a way to obtain official military documentation that would allow Sovryn men to cross the border, and separately, to arrange for vehicles with diplomatic plates to provide transport out of danger.

Unfortunately, the night before the operation was to take place, the primary architect of the plan died - and the plan died with him. Those who were going to cross are currently safe but still trapped in Ukraine.

I have written in the past that I see Sovryn on a journey to building the first Bitcoin Nation. A nation should be able to protect its own, provide security, shelter and freedom, especially in the most dangerous and difficult moments. Much earlier than I expected, we were faced with a moment of truth. In this moment, we had both success and failure. Even in our failure, we learned important lessons that will serve us in the future. And our efforts continue.

For the moment, the emergency situation facing Sovryns has passed, but that could change at any time. We should build the capacity to act more quickly, decisively and successfully to a broad array of challenges in the future. To do so we will need the ability, when it becomes necessary to arrange for intelligence, organizational capacity, funding, courage and a diverse set of skills. To provide effective help in special, extreme and emergency situations I think we should create a crack team with a special set of skills that make them a nightmare for “the impossible”. If Sovryns have a problem, if no one else can help, that’s when we should deploy the “B-Team”.

Who can join the B-Team?

To learn more about joining the B-Team: https://forms.gle/SFLd9qsMEvmomCKk7