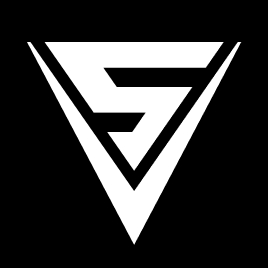 Note: You can watch the highlights of this interview on YouTube. You can also listen to the full audio interview on Spotify.

We are here with Satoshi Badger, he is a community manager at Sovryn! Badger, since hearing your story, we knew we had to have a chat with you.

Can you start us off with what led you to Sovryn, and tell us about your current role?

Yeah, for sure! I think actually the first exposure that I had to Sovryn was listening to a podcast with The Wolf of All Streets, and he was talking to Edan Yago, who was laying out his vision of what we need to be able to utilize our bitcoin.

And I've been, I guess, a Bitcoin maxi prior, and I really wanted that ability to use Bitcoin. And I latched on to it and very early started helping people with Sovryn. Getting their wallets set up, or answering whatever simple questions I was able to.

I don't have a coding background, so I couldn't help on that stuff, but I just wanted to help people to find freedom and be able to use their bitcoin.

And then when the Zero protocol launched, it really was an “aha” moment for me, of being able to really harness the freedom that bitcoin gives me, being able to give me liquidity, without having to sell it. I thought it was a really awesome thing to be able to do: it is going to enable a lot of people in the future to do really cool things with their bitcoin.

And that brings us to exactly what you're already doing with it. As I understand you used it to get an AR-15, a brand new custom AR-15 (a type of semi-automatic rifle). Is that right?

It was a really smooth process and it was exciting. You know, to be able to do it. I had a bonus coming in from work, and I wanted to be able to utilize it to make this purchase. And it was a couple of months out and I was anxious.

I just wanted to get it done. And I was like: “Oh, well, I have bitcoin. I can do that”. I just put my bitcoin into the Zero protocol and pulled out what I needed to transfer it over.

I was actually really surprised with how quick it was.

I chose to KYC all the way out and got a text message [from the exchange] saying the funds were on the way. I checked my bank account and within 15 minutes the wire had cleared and I was able to go online, make my purchase, and then pick up the AR-15 a couple days later. It was just very, very smooth and fun. I've already put close to a thousand rounds down range.

The whole process: from having your bitcoin, to putting it into Zero, converting it to fiat, and making your purchase. It was pretty easy?

Yeah. I mean, from start to finish it was less than a day. Having the money in my bank account. I deposited my bitcoin through FastBTC, which is a seamless process that took maybe 15 minutes. I moved into the Zero protocol and I borrowed ZUSD against my bitcoin at a very healthy collateral ratio. So I'm not concerned at all if bitcoin were to halve tomorrow in value.

Could the process be made easier, or was it pretty straightforward for you?

It was very straightforward. I think the next kind of want, or evolution would be really cool if it was built into a mobile interface that I could link my bank account to. Something where I can take the loan and within moments be able to withdraw it as spendable fiat currency for those times that we do need to access it.

I think that that's probably something that's in the future. Overall, the process was fairly simple. It was intuitive to make the swaps, the confirmation times were very good, and transfer fees and those types of things were very low.

Would you ever buy more bitcoin with Zero?

Or would you use Zero in the future aside from this?

I have purchased more bitcoin with Zero. Yesterday I took another loan, well I added to my line of credit and I actually just put an order in yesterday for a Glock-19 handgun, so I'm really excited to get the email when it has arrived. Once that does roll out we'll pick it up and we'll have some fun with that as well.

It’s fascinating to hear about such diverse use cases from around the world. I think you might have heard Sovryn Rivers, he was telling Samson Mow the other day about how he used Zero to partially pay for his new apartment that he bought.

Yeah, I saw the video and I had chills watching it.

It was just the look of relief and freedom on his face to be like, “oh, well, I don't need a bank”.

It's just so easy. It doesn't matter what you choose to do with your Zero loan: if you need liquidity, it's really easy to just borrow using Zero, and pay yourself back whenever you choose to. Oh, and holding your own keys while doing it!

And I have confidence in doing that because I'm not going to get into Celcius and go bankrupt, or put my funds in BlockFi and wonder: “is today the day”? Not needing a bank, not needing permissions, and not having to do anything else… it's very cool.

It's funny how we’re starting to see examples of people using Zero all over the world. I’ve even seen Sovryn fans using Zero to buy washing machines in Poland, you know, random, but good.

I mean, little purchases, big purchases, whatever that's important to you. And I think that's the freedom that bitcoin gives us, the freedom to spend your money, how you choose to

or spend your value, how you choose to.

And I think that that's very empowering specifically for people right now who are in 3rd world countries that are struggling. It's a way for them to escape inflation, which is very, very freeing.

Do you have any advice for people who want to #GetOnZero?

I mean, I would just say, give it a try.

You don't have to borrow a whole bunch of money. We’ve got the holidays coming up and there's always stuff that other people are going to need liquidity for. Why spend your bitcoin when you could use Zero and not pay any taxes with it. Just access that liquidity when you need it, and the freedom that comes along with it.

There we go! @SatoshiBadger, make sure you follow him, people. And thank you very much!